Many people have either contemplated suicide or know of someone who has experienced suicidal ideation. Sadly suicide is on the increase, including teenage suicide, and worldwide about one million people take their own life each year.

More young people are experiencing depression and anxiety than ever before, and much of this is linked to the pressure they are under from school, or from trying to find a job, or even the pressure to be ‘present’ 24/7 on social media. They are growing up in a far different world compared to previous generations, and this brings added pressure. Young people are not always equipped to deal with the pressures of modern life, and in extreme cases suicide seems the only way out.

All Resources has produced a number of PSHE resources and our resource pack, ‘Suicide is Never the Answer’, provides valuable material for World Suicide Prevention Day. This pack gives advice on recognising suicidal feelings and explains how to respond to suicidal behaviour. It can be used during WSPD to introduce the subject of suicide to young people in an honest and considerate way. 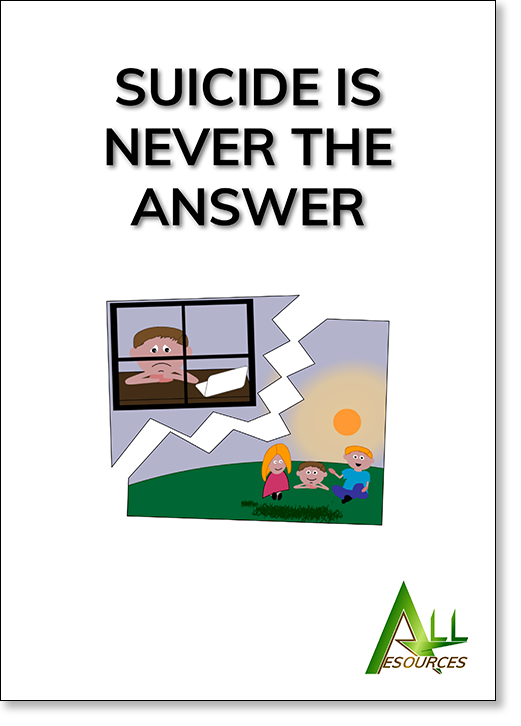 Our digital suicide resources for schools provide help, guidance and education on various suicide topics. The resource packs we produce give the information in a sensitive way that informs as well as educates.

To aid the teaching process we publish suicide resources for teachers which include suicide resource packs covering a variety of issues as well as lesson plans on suicide.

Teaching students about suicide can be a difficult task. Our aim is to produce resource packs that are designed to equip young people with the necessary emotional skills to deal with teenage suicide in a tactful way that respects the confidentiality of those experiencing these issues.